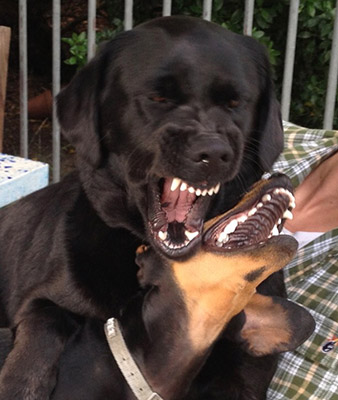 A. What Are Your Rights?

The Wrongs Act 1958 (‘the Act’) is the primary legislation in Victoria, which governs claims for personal injury where a person has been bitten by a dog (different legislation applies if the dog bite occurred at work and additional rights flow). As a victim of a dog attack, the Domestic Animals Act 1994 will also have application.

A person may be entitled to bring a common law compensation claim, which is also known as a “damages” claim, against a negligent party. If you were injured in a public area, your claim would be referred to as a “public liability” claim.

With a public liability claim, you must prove that a third party’s negligence was the cause of your injury.  This involves various elements including:

The Domestic Animals Act 1994 is of assistance here as it provides for a range of offences and liability in respect of dog attacks, thereby creating a statutory duty. (You still need to establish negligence in a  common law claim however).  There are references to a “restricted breed dog” (which are those noted on a prescribed list) and a “dangerous dog”, which is a dog so declared by the Council. If the dog in question was not declared a “dangerous dog” by the Council prior to the attack, the person in apparent control of the dog, whether or not they are the owner of the dog, at the time it attacks or bites a person and causes death or serious injury can be found guilty of an offence.

B. What does The Domestic Animals Act prescribe?

The Domestic Animals Act 1994 and associated Codes of Practice provide various laws and penalties pertaining to dogs and other animals including but not limited to:

The Crimes Act 1958 also provides penalties for owners who fail to control a dangerous, menacing or restricted breed dog that kills a person or places a person in danger of death. Such penalties can be up to 10 years imprisonment.

C. So What is Local Council’s Role?

Local Councils are required to have in place a Domestic Animal Management Plan. For example, the City of Greater Geelong Domestic Animal Management Plan 2018-21 provides guidelines on how to promote and encourage responsible pet ownership, and manage issues around dogs and cats.  This Plan sets out work already underway and what the City hoped to improve through to 2021.  The City also has in places various policies including but not limited to Dogs Controls in Public Places Policy 11 December 2018 and how to Report a Dog at Large.

You will find Similar Plans in your region if you are not from the Geelong Region.  We are happy to assist you with this if you need help.

D. Dog Attacks – the Statistics in the City of Greater Geelong

With one of the largest animal populations of any Victorian Municipality, whilst the statistics are outdated, according to City of Greater Geelong Domestic Animal Management Plan 2018-21, there were 214 attacks between August 2016 and August 2017.

Dog attacks can have devastating consequences both from a physical and psychological perspective and can at times cause death.
In addition to the power of the Courts to award compensation under the Domestic Animals Act 1994 , a dog attack victim may have the right to bring a claim for damages as referred to above which may include a claim for medical expenses, loss of income and pain and suffering.  It does not matter whether or not the owner has been prosecuted in relation to the attack.

If you or someone you know has suffered injury as a result of a dog attack, please call us, we are experts in dog bite claims and are here to assist.

At Fortitude Legal – WE’RE IN YOUR CORNER!

We are thrilled to have been named Finalists in the Geelong Business Excellence Awards 2020.

Established by the Geelong Chamber of Commerce in 1986, the Awards recognise organisations that have achieved business excellence in the Geelong Region.

This year’s winners will be announced at an online presentation dinner on 15 October 2020.

In a year that has been challenging for many businesses in adapting to new work practices, this will be a night to look forward to celebrating the work that we get to do for our clients everyday.